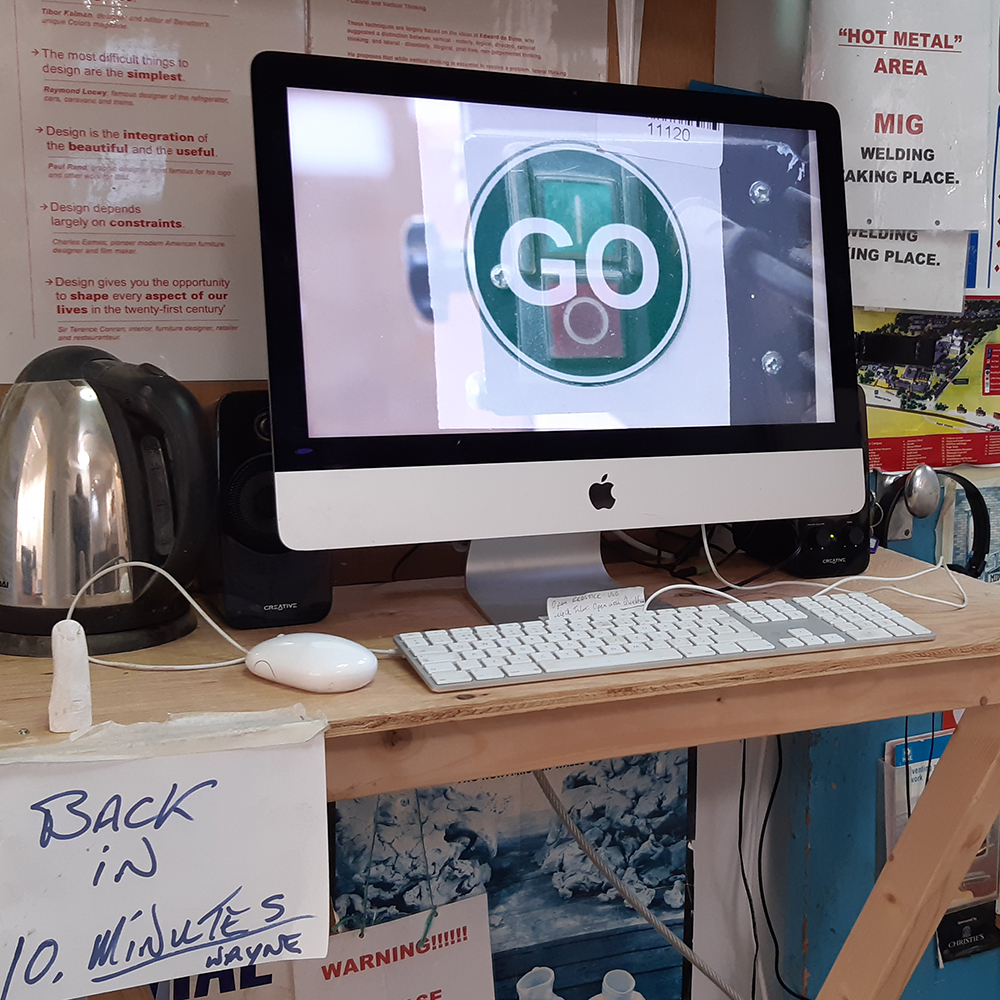 The Nature of Stuff and Ready Steady GO are two films commissioned by the University of South Wales to record the sights and sounds of the sculpture workshop at Treforest campus shortly before its closure.

Both films were shown during the The Periodic Table exhibition at Oriel y Bont, University of South Wales, 7th Oct to 15th Nov 2019.

The Nature of Stuff

Free to roam the then closed sculpture workshop I collected lots of video, audio and photographic material of the space. With so much material to work with I could only tie down my ideas once I had interviewed sculptor Dilys Jackson. Her insights into working as a sculptor, the materials and methods fitted beautifully with the imagery I had collected.

Ive been conscious of contrasts within this film and tried to make this both sad and uplifting. The single hammer blow, sharp with the cut of picture, is reminiscent of a single church bell tolling signifying death or commemoration. This contrasts with the soft female voice, flowing with dissolved pictures, the breathing slowing the pace and allowing time to reflect on the words and images. While the hammer sound is immediate and brings the audience back to a specific place, the voice has been treated with an echo effect to create space for the sounds to move around (best heard with headphones). Thinking about ‘elegy’, the extracts of Dilys’s voice have been spaced to create a ‘poetic’ feel as Dilys reflects on what working sculpturally means to her.

“The Periodic Table is an installation by Nigel Talbot who specialises in working with salvaged material. In this instance the materials are drawn from the University of South Wales’ sculpture workshop, which is being decommissioned. The exhibition acknowledges the way an institution such as a University evolves and the way buildings are re-purposed. For instance, the Treforest campus is located on the site of the former South Wales and Monmouthshire School of Mines”

While moving around the sculpture workshop I began to notice the many GO stickers dotted around the workshop. Their purpose was to give students permission to use machinery (under supervision with induction completed) while other machinery could only be used by trained staff. The film features the voice of Wayne, the sculpture technician, shouting “GO” and so giving that permission. Having permission and the authority to make, to switch on, to move a soft material towards a hard, sharp machine tool, there is the opportunity and potential to test an idea, create an object, express through material, realise a vision that is all so important for an artist.

But that ‘opportunity’ is finite, the duration between ON and OFF, while supervised, while the workshop is open and the Art & Design course runs. The word “GO” also links to the closing down of the undergraduate Art Practice course at the University of South Wales.

Each machine runs for 45 seconds, around the time of the current world record for the 400 meters. The recorded sounds allow each machine 45 seconds of ‘fame’, for their voices to be heard, each different, each important. Perhaps this is all a race against time.

Both films have been gifted by the artist to the University of South Wales art collection.

See https://gallery.southwales.ac.uk/past-exhibitions/periodic-table/ for more information about the exhibition.