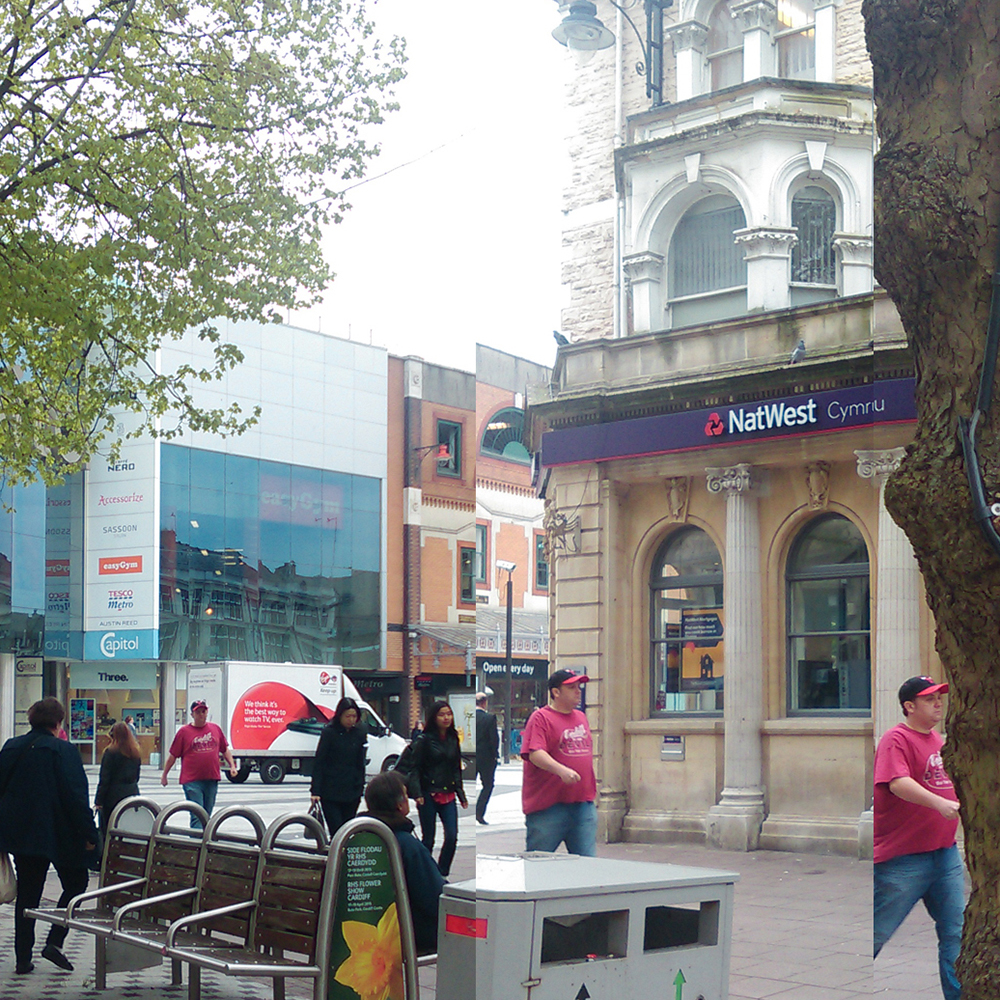 Isolation and Solitude comprises of two installations which explore the sensations and experiences of the individual. Queen Street (2015) attempts to create an environment that isolates the viewer from the sights and sounds of the scene. Self Portrait (2015) places the viewer in a dark space and invites contemplation of the self.

Queen Street (2015), a 12 channel video installation constructed as a collage of still images and sound.

The 10 minute version of the video was displayed on 12 computers arranged in a circle creating an immersive and continuous panoramic environment.

The imagery flows from one computer to the next with sound playing from different computers and different times.